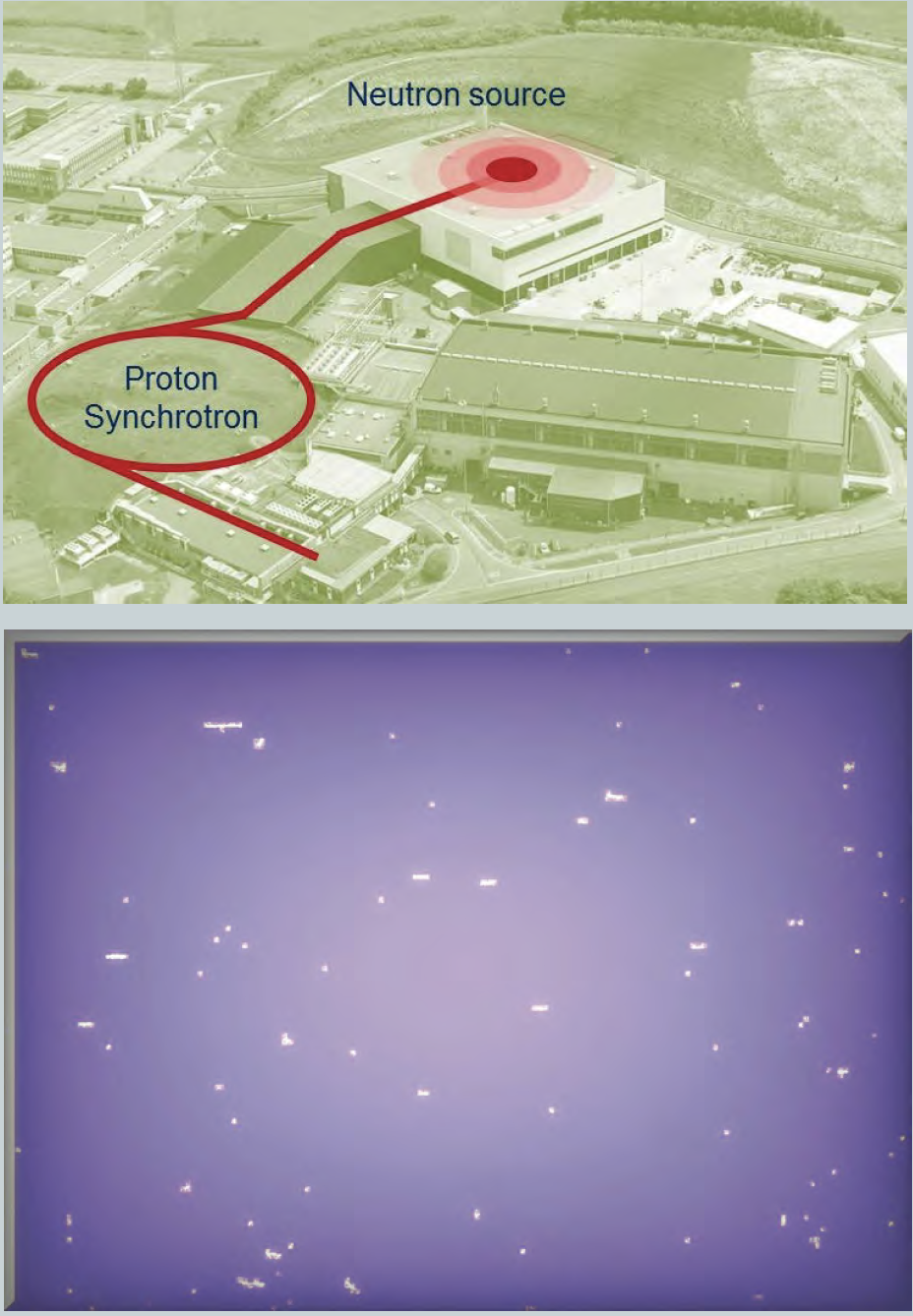 One of the challenges in the field of reliability of electronic components in the aerospace sector is the ability to characterize the malfunction rate (SEE) due to neutrons present at sea level, at high altitude and in spatial conditions, and identify mitigation procedures with special regard to commercial components (Commercial Off The Shelf-COTS). For over thirty years a UTOV team – from Eletronic Engeering and Physics Departments – has designed and developed neutron instrumentation at eV and MeV energies. During 2016-2018 the UTOV group characterized numerous electronic components (flash memories etc.) both by irradiation with fast neutrons and in the absence of irradiation, at the VESUVIO and ChipIr instruments at ISIS and collaborative research activities with national and international companies (Thales Alenia Space, ST Microelectronics, ESA, SOREQ) operating in aerospace.
The top figure shows a schematics of the neutron production layout at ISIS. The bottom figure is a rendering of the charge generation clusters induced by the impact of the ChipIR neutron beam on a CCD for irradiation exposures of approximately 33 ms. The CCD was exposed at 90 degrees with respect to the CCD plane, therefore neutrons arrive sideways. Multiple (long) tracks clusters are due to fast energy neutrons. Single (dot-like) track clusters are due to low-energy neutrons.
With the creation of the Node, thanks to the new acquisitions of laboratory and instrumentation infrastructures, the team plans to start a program of new design and characterization of electronic devices (SRAM and FPGA memory cards) and COTS, to be realized – through the platform for “apply for beamtime” (see Section 2.2) – both at ISIS@MACH, and at ISIS, using the complementary neutron techniques of the ChIpir and VESUVIO beam lines.