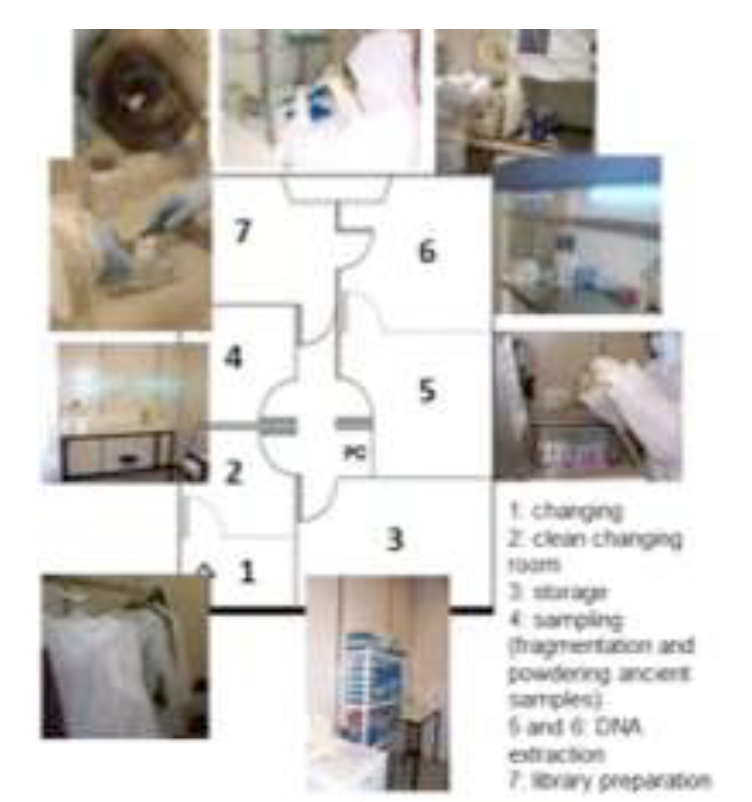 Molecular archeoanthropology exploits the technologies of Next Generation Sequencing (NGS) which allow us to monitor contamination from modern exogenous DNA and to study a large number of finds simultaneously and in a short time. Over the past three years, researchers from the UTOV-NAST Centre, analyzed and characterized human paleogenomes by studying thr ancient DNA extracted from the petrosa of the storm or from the teeth. Final goal whas to understand the genetic composition of populations, to study their relationships and the population dynamics of the various geographical areas, any genetic defects, as well as some genes related to physical appearance.

Most recently the team performed the first analysis of ancient burned human skeletal remains by neutron and optical vibrational spectroscopy, using an innovative integrated approach. The application of complementary vibrational spectroscopic techniques—INS (inelastic neutron scattering), FTIR (Fourier transform in-frared), and micro-Raman—enabled to access to the complete vibrational profile and constitutes the first application of neutron spectroscopy to ancient bones. Burned skeletal remains are abundant in archaeological and paleontological sites, the result of fire or of ancient funerary practices. In the burning process, the bone matrix suffers structural and dimensional changes thatinterfere with the reliability of available osteometric methods. In this recent studies it has been showed that the macroscopic changes are accompanied by microscopic variations which are reflected in the vibrational spectra. Comparison with data from modern human bones that were subjected tocontrolled burning allowed identification of specific heating conditions. This pioneering study provides archaeolo-gists and anthropologists with relevant information on past civilizations, including regarding funerary, burial, andcooking practices and environmental settings.

With the realization of the Node, the team intends to expand these paleogenomic analysis activities of human remains by launching a new research program on biomaterial characterization, which foresees experimental analyzes to be realized – through the platform “apply for beamtime” – both a ISIS @ MACH, and at ISIS neutron beamlines, using the complementary neutron techniques of the TOSCA, MAPS, IMAT beam lines.