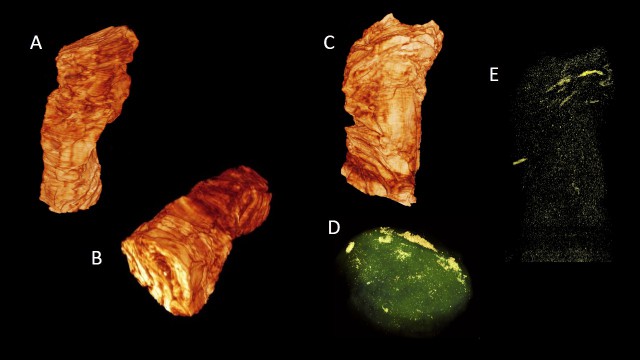 Ancient Herculaneum-papyrus scrolls, hopelessly charred in the 79 A.D. Vesuvius eruption, contain valuable writings of the Greek philosophers of the day, including thoughts of the Epicurean Philosopher Philodemus. X-ray-phase-contrast-tomography had recently begun unlocking their secrets.

Aim of this study was to read the text hidden inside carbonized-Herculaneum-papyri, through non-destructive ‘virtual-unrolling’, using enhanced X-ray-phase-contrast-tomography and dedicated algorithms.

Results of the study revealed the largest writing of Greek texts ever detected inside unopened scrolls, with unprecedented spatial resolution and contrast.

Texts have been unequivocally decoded and, for the first time, the “voice” of Epicurean philosopher Philodemus was brought back after 2000 years. 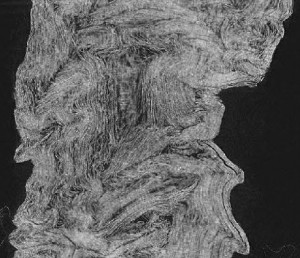 Figure 2. Axial view of the 3D reconstruction revealing the complex stress field of the inner part of the scroll.