Archaeological samples can be study via neutron resonances that can be used as fingerprints to identify and quantify elements within the bulk of the objects in a non-destructive and non-invasive manner. Neutron Resonance Transmission Imaging (NRTI) has been successfully applied to the 3D elemental mapping of archaeological samples.

A dedicated set-up at the INES (Italian Neutron Experimental Station) beamline of the ISIS spallation neutron source was used for the experiments. The archaeological sample is an early mediaeval disk fibula coming from the Hungarian National Museum in Budapest. 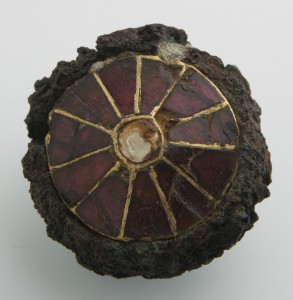 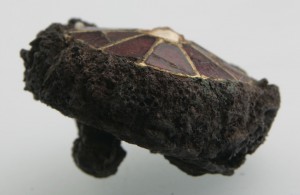 Frontal and lateral pictures of the analysed disc fibula, from Kölked-Feketekapu (Hungary), dated to the end of 6th century AD 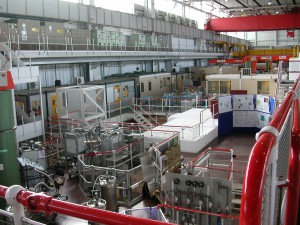 Three-dimensional (3D) elemental imaging reconstruction of an ancient artefact by Neutron Resonance Transmission (NRT) was performed for the first time. NRT is a neutron technique based on the presence of a resonance structure in the neutron-induced reaction cross sections. These resonances allow the identification of elements and isotopes within the sample. A dedicated set-up on INES (Italian Neutron Experimental Station) beamline of the ISIS spallation neutron source was used for the experiments. The investigated artefact was an early mediaeval disc fibula from the Hungarian National Museum in Budapest, Hungary.